On Monday, 24 April 2017, the SENSO Gallery ( 15 Unirii Bd., Bucharest) hosted an exceptional editorial event, the launch of the album belonging to the artist Cela Neamtu – “tapiserie” (“tapestry”) (Monitorul Oficial Publishing House), organized with the support of Catena Group, through the “Catena for Art” Programme.

„Sponsored by Fildas ArtFoundation through Mrs Anca Vlad’s patronage of arts, and published in special graphical conditions at the   Monitorul OficialPublishing House, the album contains impressive images of the works – most of them being tapestries in the haute-lisse technique – created by Cela Neamtu until 2015” – stated Doina Pauleanu, PhD “It debuts with the author’s confessions in Romanian and English, dated 15 February 2010, from which we will provide a quote, for the depth and elegance of its wording: <<I like to say that I am a regular person, doing peculiar things. I work humbly, in order to give beauty to my peers. I have no cult of personality. For me, what is important is the cult of work. The volume also includes pictures of the author, in auspicious moments of her life, the awards and honours she has been granted, a full chronology and bibliography – dictionaries, catalogues, written and audio-visual press, list of works, including 248 works – most of them tapestries, indicating relentless creation work. The small and miniature tapestries are missing, as are the pastels made in creation retreats…”.

This event is the third one this year hosted by Senso Gallery: the vernissage of the show“Three stylistic states… Anca Boeriu, Ana Ruxandra Ilfoveanu and Letitia Oprisan”, and the period March-April was dedicated to the exhibition of the artist Mihai Topescu – „De la sacrificiu la speranta” (“From sacrifice to hope”). 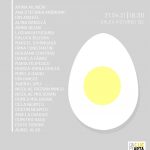 “Ostara”, thematic exhibition of the artists from the Senso Gallery portfolio 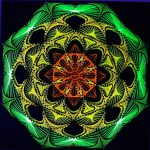 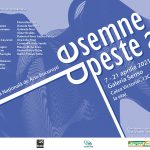