On Friday, May 28, 2021, starting with 6:30 PM, the Senso Gallery from Bucharest (Calea Victoriei 12C) invites you to the finissage of the “Black Box” exhibition project, in which there are graphic installations signed by Ana Ștefania Andronic (BUZU), together with recent works of the Fluo Webs artistic duo – composed of Ioana Crăciun and Florin Stoian. Exhibited, for the most part, previously, within the exhibition program of the gallery, both the graphic works made in UV acrylic on canvas by Ana Andronic, and the fluorescent string art works designed by Fluo Webs require, for an optimal exploration, a dark scenery, in which as little light as possible can penetrate, so that the used colours can be fully revealed. Thus, on the facade of the gallery and on its exterior walls, a series of large digital prints are exhibited during this period, covering the ground floor windows, some of them being signed by Ana Andronic, others by Cătălin Gospodin.

The works propose a real visual experiment and open the way to new projects whose mode of exposure corresponds to “black box” the concept. The selection is also a new opportunity to see works from Ana Andronic’s personal exhibition “Disturbing Hypostases” – a project that reopened this year’s exhibition program of the gallery, being accompanied by a catalog containing a critical text signed by the late Doina Păuleanu, art critic and director of the Constanța Art Museum – and works from the exhibition “The Energy Portal” of the Fluo Webs duo. (curator Ana Sultana Cipariu) 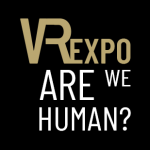 Virtual exhibition ARE WE HUMAN? 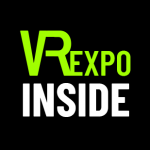 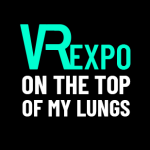 Virtual exhibition On the Top of my Lungs 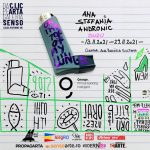 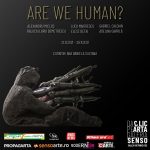 6 visual artists in search of an answer – “Are We Human?”