Thursday, March 24, 2022, starting at 6:30 pm, on the upper floor of the Senso Gallery in Bucharest (Calea Victoriei 12C), the opening of the solo exhibition of paintings by the artist Paul Hitter, “Pandora’s Box” will take place. Bringing together 12 recent works exhibited for the first time, “Pandora’s Box” opens to the public with a performance by Paul Hitter during the opening and can be visited from March 24 to April 16, 2022, from Monday to Saturday, from 12. pm to 7 pm. Curated by Ana Daniela Sultana, the project is part of the visual arts program conceived by Ana Ștefania Andronic (BUZU), artistic director of the exhibition space.

“In a 1938 essay in the German publication Das Wort, the Marxist philosopher Ernst Bloch expressed surprise that Expressionism was still being debated, since the Munich art group Der Blaue Reiter, one of the pillars of the modernist art movement, had closed down in 1914 with the outbreak of the First World War. Expressionism has not yet been consumed in art history, but can be found in contemporary art, for example in the plastic vision and revolutionary character of Paul Hitter, who initiated Balkan Expressionism more than a decade ago. What’s more, it continues to stir intense controversy, with Pandora’s Box being a spectacular return of Paul Hitter to the domestic art gallery system. Although he abandons the use of the lettering in this new series of works, the artist retains his unmistakable, highly individualistic style, characterized by an affinity for flamboyant portraiture, dominated by more or less subtle symbols, and by incandescent chromaticism, giving us an updated subjective societal perspective (“Pandemic” also comes out of Pandora’s box).” (Ana Daniela Sultana)

“The age-old myth of ancient Greece has fascinated me since childhood and, like it or not, throughout my life I have encountered all the “wonderful gifts” that Zeus has disguised as a beautifully wrapped present. The first sketches for this series I started during my university days in Munich, but I always considered those first paintings on this theme as “youthful works”. In November 2019, a few months before the official opening of the real Pandora’s box, I decided to re-think and re-paint these works from my youth. Perhaps by starting work on this exhibition, I myself have opened up the social hostilities that seem to be giving us no peace. But the subject matter is timeless, as are the “evils” collected in Pandora’s Box and released into the world. “Pride”, “Laziness”, “Malice”, “Envy”, “Gluttony” and “Fornication”, to quote just a few titles of works, have been ubiquitous since the beginning of the world, but in postmodernism they seem to be more enhanced, coming to be perceived as qualities. I hope that this artistic endeavor will be a mirror back on humanity, helping, perhaps, through awareness of evil and flaws, to lift us out of the mire of despair we have been thrown into. Inside Pandora’s Box I will also leaven ”Hope” as the gods have left for humans.” (Paul Hitter)

“Incandescent”, a new exhibition by Edith Torony, at the Senso Gallery 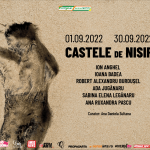 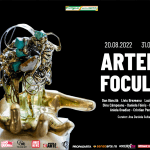 Arts of Fire, group exibition at the Senso Gallery 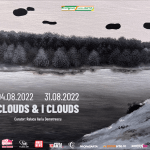 “Clouds & I Clouds” – group exibition at the Senso Gallery 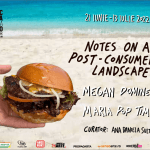