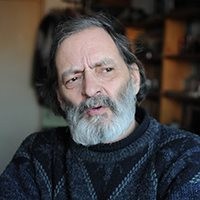 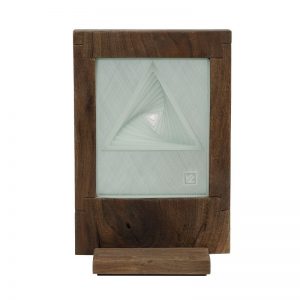 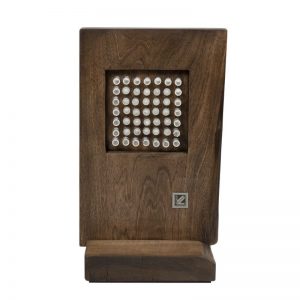 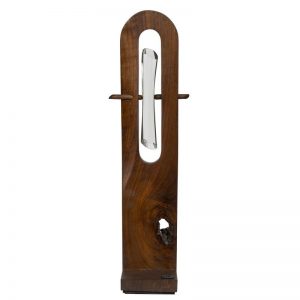 
Vladimir Cioroiu was born on May 13 in London, Great Britain. He graduated from the “Nicolae Grigorescu” Institute of Fine Arts, the Faculty of Decorative Arts, the Department of Ceramics - Glass - Metal, class of 1977, in the class of professors Zoe Băicoianu, Monica Damian and Brici Marcel. Since 1990 he has been a member of the U.A.P. from Romania. In 1988 he initiated and organized the first National Salon of Art in Glass, Shape and Light at the "Orizont" Gallery, Bucharest. Since 1980, he has exhibited at all national exhibitions of Decorative Arts and Design, Biennials, Triennials and Quadrennials. He participates in international exhibitions: in 2004, Alkmaar, the Netherlands; 1999, Venice, Italy 1998, Oslo, Norway; 1992, Biot, France; 1990, Corning, New York, USA; 1989, Ebeltoft, Denmark; 1988, Kanazawa, Japan; 1986, Erfurt, Germany. He received the Transparency / Glass Salon Award in 2017, in 2003 he received the Visual Artists’ Union of Romania Award for the Arts of Fire and in 1986, the Youth Award for Fine and Decorative Art;

He appears in publications: Who is Who Magazine in Romania, Princeps Edition 2002; in the Encyclopedic Dictionary Who is Who, 2001; 1990, Journal of the Museum of Modern Art in Glass, New Glass, Corning, New York, U.S.A.

- Between 1980 and 2005 he participates in all the Plastic, Decorative and Design Art Salons, municipal and national, as well as in numerous Symposiums, Creative Camps and Contemporary Art Exhibitions;

- He initiates and organizes the first National Salon of Art in Glass Shape and Light at Orizont Gallery, Bucharest, 1988;

- Numerous works in museums, art galleries, private collections in the country and abroad

- Since 1980 he participates at all the National Exhibitions of Decorative Arts and Design, Biennials, Triennials and Quadrennials;

- Published in the Who’s Who Encyclopedic Dictionary, 2001;

- 1986 Prize of the Youth Salon of Plastic and Decorative Art;