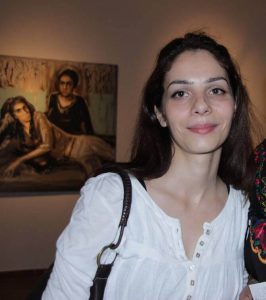 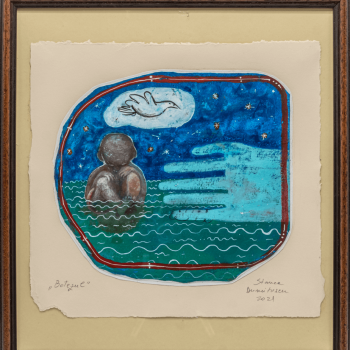 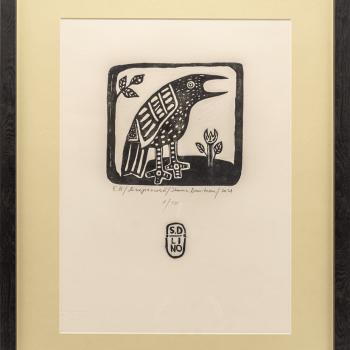 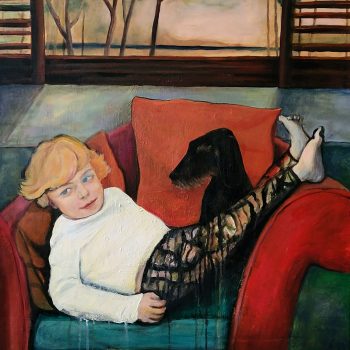 
Stanca Dumitrescu is part of the third generation of painters, being the daughter of Zamfir Dumitrescu (painter, professor, dean of the Faculty of Arts in Bucharest and president of the Union of artists) and the niece of the well-known painter Ion Pacea.

After graduating from the “Nicolae Tonitza” Highschool for Fine Arts, with the famous artist Iuri Isar as a teacher, she took on the courses of the University of Arts in Bucharest, the Graphics department, under the guidance of professor and scholar Nicolae Alexi, and successfully graduated in 2006.

For a long period of time, the artist exhibits works at the Dominus Art Gallery, painted furniture at the Rotenberg-Uzunov Art Gallery, has a permanent exhibition of icons, paintings, graphics and furniture painted at the Vlahiia Garden, whose interior design and advertising graphics are entirely created by the artist.

Between 2009-2013, she created video graphics for film and ads, for the Abis Studio production house. She works as a painter, graphic designer, interior designer, and object designer at Togo Design and undertakes various other projects as a freelancer.

A complex artist, mastering various art techniques, Stanca Dumitrescu has proved an affinity for painting, which she has been approaching more and more in recent years.