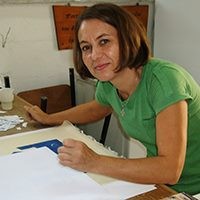 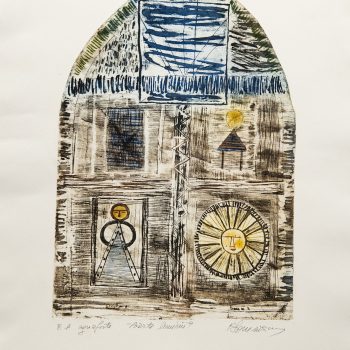 The gate of light 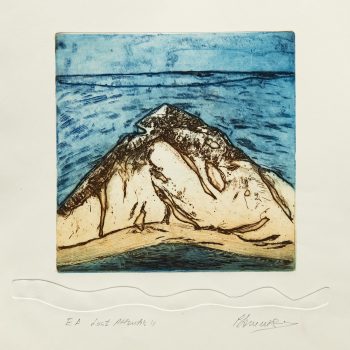 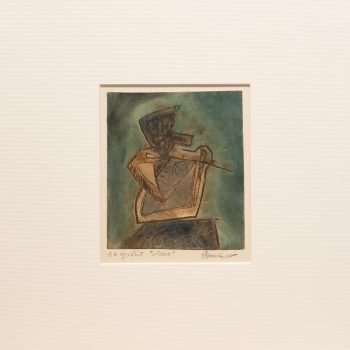 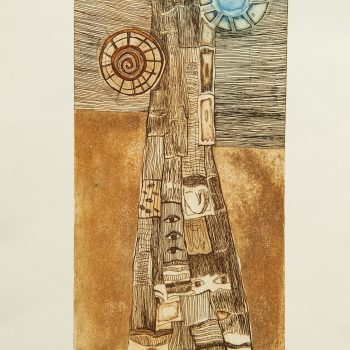 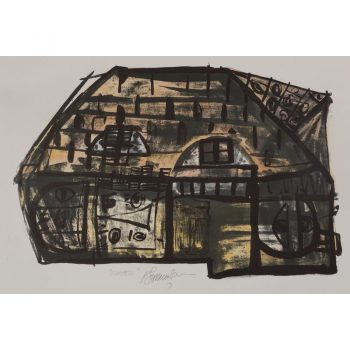 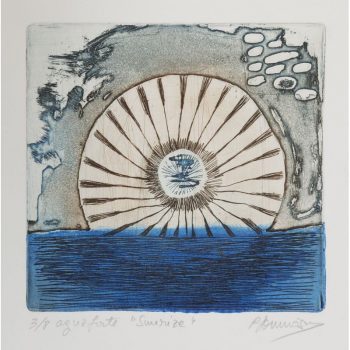 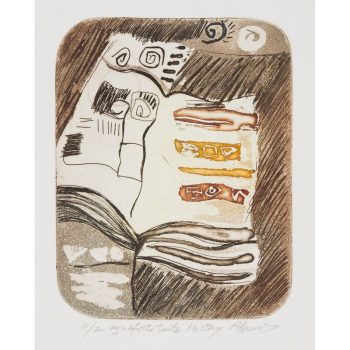 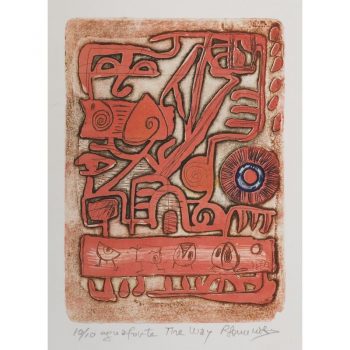 
RODICA LOMNASAN AND HER MEDITERRANEAN TALES

Somehow alienated from the artistic life of the Capital City of the last three years, this October I had the opportunity of enjoying a very special exhibition, the result of a life experience but also of an assumed artistic experience. This is the painting and engraving exhibition entitled "Mediterranean Tales", opened at the Romanian Cultural Institute and signed by graphic artist Rodica Lomnăşan.

I know the author since the early 90's, while both, being conspecifics, were looking for our place and purpose in an artistic world as little friendly as the Romanian post-communist society as a whole.

I had her invited to one of the editions of the famous "Serata muzicală TV" show of the late Iosif Sava as she was a young artist just starting out, and I enjoyed very much what she was doing. At the end of 1997, Iosif Sava had invented a special section in his talk show: live vernissage. Every Saturday we would set up the artworks of some exhibition by value in one of the mammoth studios of TVR and would invite the author to a dialogue about his or her creation, included in the unparalleled show by Iosif Sava. After we became friends at "Serata", our roads parted and then crossed again, after more than 17 years, on the occasion of Rodica Lomnăşan's personal exhibition at the Romanian Cultural Institute. It was a period when the artist fully crystallised her personality, as I ascertained upon seeing her latest works.

Rodica Lomnăşan was born in Alamor, Sibiu County, in 1965, and graduated the National University of Arts in 1994. She became a member of the Romanian Fine Artists' in 2010 and a member of EKATEK - Cyprus Chamber of Art. Rodica Lomnăşan has lived and worked over the past years on the island of Cyprus, the Greek side. There she opened several exhibitions at the Hambis  Engraving Museum  - Plataniskia, in 2009 and in Limassol the same year, in Nicosia in 2007 and in Kallepeia in 2006. In 2009, during the summer workshop at the Hambis Engraving Museum, Rodica Lomnăşan received the Award granted by Hellenic Bank for teaching engraving techniques. The rich artistic activity of the graphic artist is also reflected in numerous participations in group exhibitions, especially abroad, as well as in several personal openings in Belgium and the Netherlands. The "Mediterranean Tales" painting and engraving exhibition from October, opened at the Romanian Cultural Institute in Bucharest, was a summary and a  crowning achievement of the experience lived on the island of Cyprus.

The series of artworks exhibited by Rodica Lomnăşan at the Romanian Cultural Institute, created between 2009 and 2015, could be defined as a levantine dream leeway in a miraculous space, bathed in the clear and strong light of the south, a space lying, as many of the Greek islands are, between a sea that constantly changes its colours and a range of rocky mountains with little vegetation but tempting to the eye of the artist in their surprising forms, through the unique aerial landscapes that the contemplative person perceives. Clearly, the art of Rodica Lomnăşan rose to a higher level due to direct contact with this generous nature. I could say that, in a certain way, her encounter with the Mediterranean Sea resembles the encounter of the Romanian inter-war painters with the already legendary Balchik space. Many of the  inter-war painters radically changed their style and were defined plenarily as artists only by contact with the light of the south, with Balchik's maritime and rocky scenery, nowadays impressed by the lifestyle of the Turks and Tartars that inhabited it.

In direct contact with the Mediterranean nature, from which she snatched away the legends and stories and atmosphere, Rodica Lomnăşan began to paint, devoid of any inhibition, in the technique of oil and watercolour, continuing to work and engrave in aqua forte technique on copper plates. The engraving made by the overlapping of plates is also drawing to painting by polychromy.

A peculiarity of Rodica Lomnăşan's work is the separation of the "shell" of things, in favour of an increased interest for the "core" of the reasons she approaches. The artist introspects the inside of a fruit, for example the pomegranate, ascribing value to  the surprising geometry of its seeds. Pomegranate, a symbol of Mediterranean space, appears projected, in a free game of imagination, on a marine background. The creatures of the sea are approached in a ludicrous spirit, transformed into characters of the story that Rodica Lomnăşean narrates with a wide variety of fine arts means. In the clear light of the south, architectures of the place stand out, handled in the watercolour technique, for which the artist shows genuine endowment. And above all this, the goddess of beauty, Aphrodite, is preening like a spirit of the place, who she incites by its mere plastic evocation to the foray into the ancient history of some cultural and civilization creation spaces in the Mediterranean basin.

More than just making us part of a personal experience, Rodica Lomnăşan's exhibition was a direct invitation to dreaming, detached from a depressing ordinary. The places where the artist was mesmerised became recognizable fine arts topos, impressing a delicate and refined creative personality.

Member of the Visual Artists’ Union of Romania since 1996

Member of EKATEK (Cyprus Chamber of Arts) since 2009

1998 and 2000 - Workshop at the "Frans Masereel Graphics Center", Kasterlee, Belgium

2002 “Prograph Foundation” - Orvelte Workshop, The Netherlands - Project: object book with lithography illustrations - the poem “La Steaua” by Eminescu in collaboration with the Dutch poet Toon Peters and the graphic artist Toon Wegner - Professor at the University of Art, Groningen)

2006 “Another possible World”, Ibsen Café, Limassol, Cyprus - on the occasion of the Ibsen celebration

“The praise of beauty as an appearance of good” exhibition - Temeiuri Salon - Constantin Brâncusi Hall, Palace of the Parliament

Group exhibition - Strovolos Cultural Center, Nicosia, organized by EKATEK Cyprus on the occasion of the inauguration

"Dialogue" exhibition, Nicosia - Cyprus - Group exhibition organized by the Romanian Embassy in Nicosia and the Ministry of Culture from Cyprus (November-December)

The “All Women 4 You” exhibition - organized by the Pegasus Art Foundation at “Art Studio 55” Limassol, Cyprus - on the occasion of International Women's Day

Group exhibition organized on the occasion of the anniversary of Radio - Casa Radio (Radio House), Bucharest