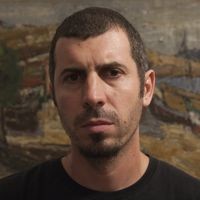 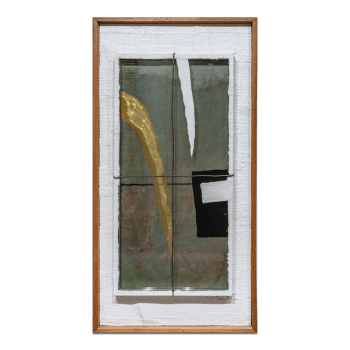 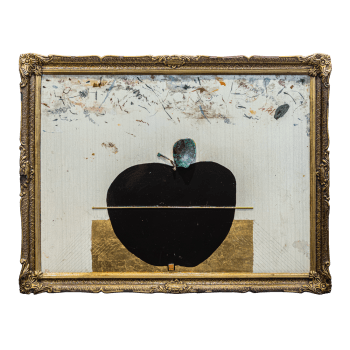 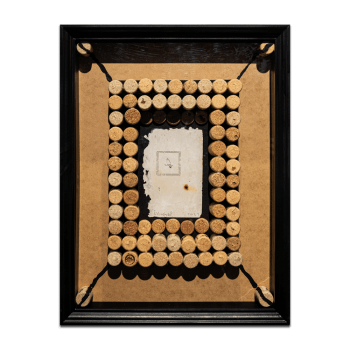 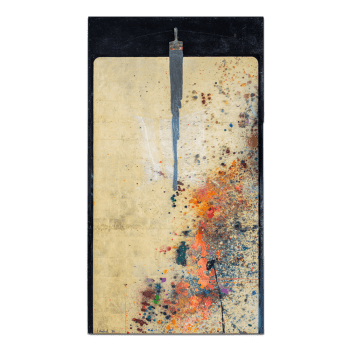 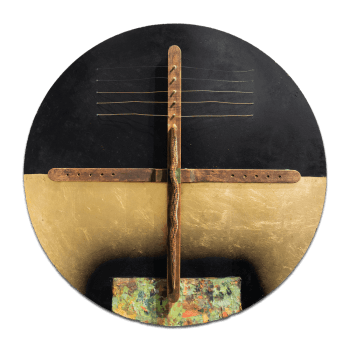 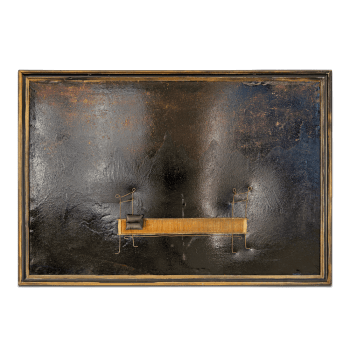 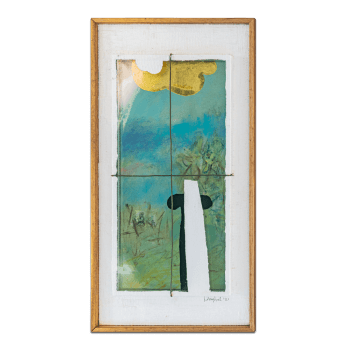 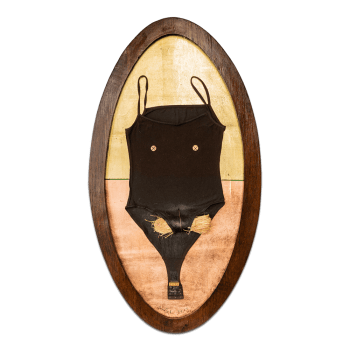 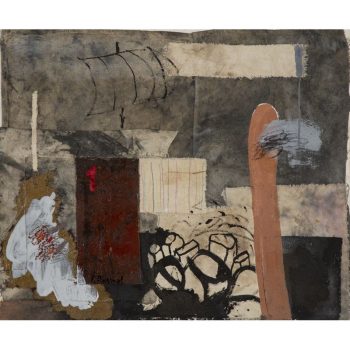 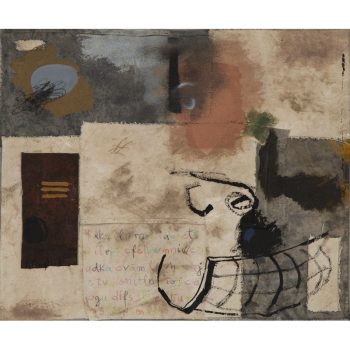 
Relentless and unstoppable, Ion Anghel, a graduate of the National Art University, class professor Florin Ciubotaru, class of 1998, exhibits at the Senso Gallery immediately after he closes a personal one (with different works) at the Museum of the Romanian Peasant and in the vicinity of the Experiment 40 manifestation, held last September at the Art Museum of Constanta. Collaborating two more years on the vertical line of time (and we shall stop here with the listing that totals eight other exhibitions from his debut in 1999), two well-received manifestations can be registered – From brute art to arte povera – 2013, Museum of the Romanian Peasant and From subject to object– 2012, Cuhnia Gallery, Palatele Brancovenesti Cultural Centre, Mogosoaia.

For continuity, we would even suggest a title to this manifestation from the Senso Gallery; mentioning him: What can be represented, can be represented with few elements, we renounce any claim to originality, since we have limited ourselves to paraphrasing based on the name of Ion Anghel’s work (number 20 in the current exhibition), What can be said, can be said in a few words.

Once this statement is completed, an inappropriate approach could lead us astray on a closed road, that we try to avoid through a few ascertaining observations: Ion Anghel does not put the objects of the representation in a hierarchy (as one might think from the title and paraphrase) because, from his perspective, anything can be drawn, painted, equated graphically – from The heating to The elevator’s memories, from Genesis to Good faith or even from A few empty spaces – to mention only five of the thirty works that are on the picture rails of the Senso Gallery; despite this, the selection, which exists (what can be said) and the reduction (the parsimony of signs), focuses on the associations, even part of the primary meanings of the represented elements; although any example can be conclusive in this respect, we choose the one titled Human (number 22 in the catalogue): obviously, there is no human in the image; a series of geometrical figures – among which the triangle or the circle – traced with a deliberately unsteady and naïve hand can be, if necessary, anthropological symbols, a series of converging lines seems to suggest anatomical parts, a few splashes of colour can make us think of asceticism, vanity or confrontation; on order to stop any explanatory construction, even an erudite one, the artist writes boldly, with a beginner’s writing and delights, the word human and closes any discussion through a dot.

In a denotative manner, this type of approach leads to a small number of represented elements, figuratively, abstractly or in combinations and dosages that are hard to anticipate, but increases the observer’s chance to follow the routes indicated and to grant them symbolic coverage from his/her own imaginary museum of recent art. Genesis, for instance, does not suggest, as one might think at first, the grandiose moment of the beginning; the vertical slot around which depth fields grow rendered in perspective could be the word – or the first book or, in good Borgesian lineage, the anticipation of heaven (with the narrow gate), which, in the vision of the great writer, had the shape of a bookcase.

The capacity to dose intelligently, excitingly, competently, sometimes with a fine humour, the representational and its opposite, the linear itineraries and the pictorial ones, the brute element and the finished one accurately (sometimes even elegantly), the elements figured in perspective with the seemingly random ones, the chromatic parsimony with the excess, the two-dimensional image with the volume, the habit with the adventure of signs, the void, the white, the surface devoid of signs with the fervour (sometimes even with the bitterness) of representation, the naïve astonishment with the cultural reflex, the transparency with the density, the opacity or even with the relief, the stain with the letter and the number, the surface of equal intensity with the vibrating one, modulated, casual, dissipated or constrained by outlines, the object with its memory and its becoming, are constitutive data of a passion for combination in which the playful element was already absorbed, with evident ownership.

Ion Anghel works a lot, returns (sometimes in leaps) and adds, unburdens, disarticulates, transforms, attacking the commonplace, the itineraries, the connotations, the predictable assemblages. He loves the difficulty, the experimentation, the mutation of objects, signs and senses; he can think and create, with equal virtuosity, both in a plane and in space; the utilised speech avoids aggressiveness, boosting the natural, fluidity, inventiveness.  - Doina Pauleanu, art critic and director of the Art Museum.

Member of the Visual Artists Union of Romania, Department of Painting

Assistant professor at the National Art University of Bucharest, Department of Painting

Doctorate in visual arts with the thesis “From object to objectifying in the contemporary visual arts”, 2007

2013 “From brute art to arte povera”, Museum of the Romanian Peasant, Bucharest

Participates in over two hundred group exhibitions, camps, symposiums and projects in the country and abroad.