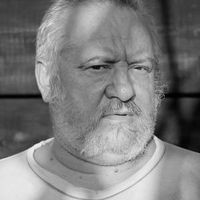 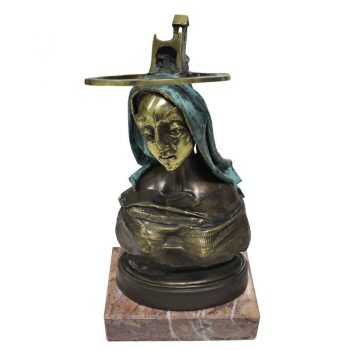 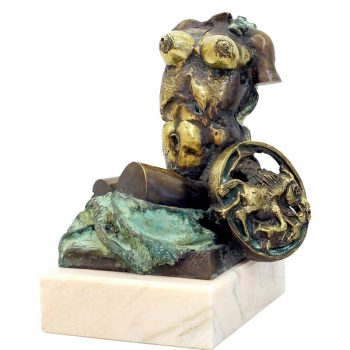 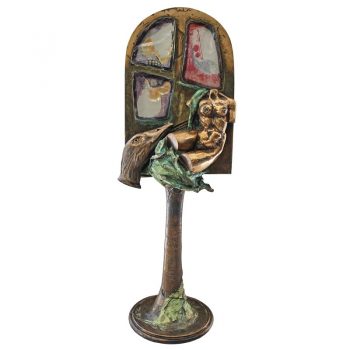 
Dorin Lupea has done most of his work in bronze, but wood and marble pieces are still present. He boasts over 200 works displayed worldwide. The most important bronze works are currently displayed at the Art Gallery in Sibiu. There are five pieces whose sizes are 40 cm by 2 meters and are entitled: “Twins”, “Acrobat”, “Gesture”, “Nude” and “Cathedral”. “An artist who respects his work creates pieces out of bronze so that his work may be better preserved. All important historical monuments are made of bronze. I can say that I have fallen in love with this material. When working, one requires a certain mood, I do the sketch long before the work and I change it a few times until I am set on what I want to do. A piece can take up to 3-4 months or years, depending on the mood and state of mind,” stated the sculptor.

A great number of museums in the country and abroad have purchased the works of Dorin Lupescu, after the latter took part in outdoor exhibitions and symposiums.

Graduate of the “Ion Andreescu” Academy of Fine Arts in Cluj Napoca, class of 1980, the class of Professor Korondi Jeno

Member of the Romanian Union of Fine Artists since 1982

Since 1979, he has taken part in numerous municipal, republican and group exhibitions.

10 participations in symposiums organized at Magura-Buzau, Sighet, Oarba de Mures, etc., where he executed large works in wood and stone

1995 Seprais - Jura, Switzerland, where he executed a work (7x5x2.3m) in ceramics, marble, bronze and stone, placed around the school in Boecourt, Jura

Works in Museums and Private Collections: