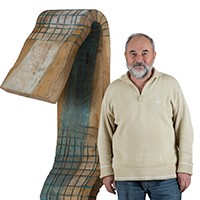 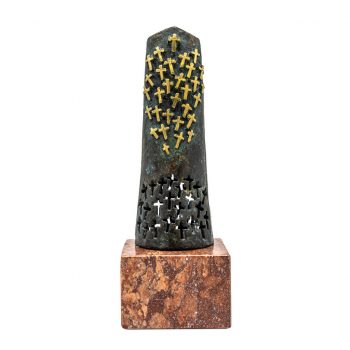 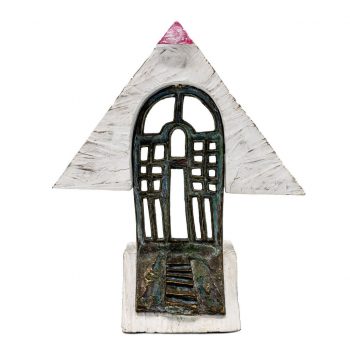 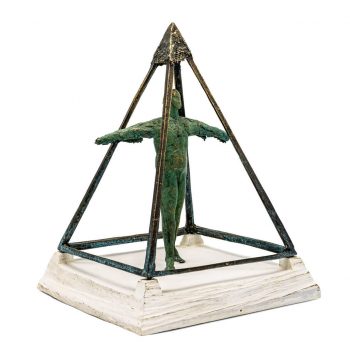 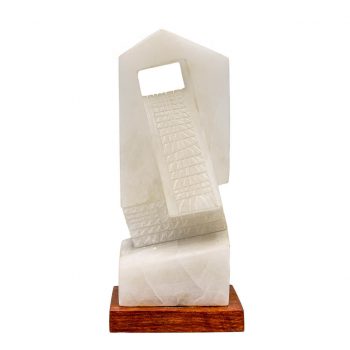 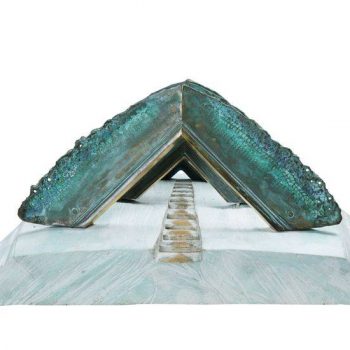 The Window of the Earth


The small and medium sized artworks presented by Dinu Campeanu in the exhibition opened at the Senso Gallery show unusual correspondences with the tapestries of Cela Neamtu, forming a stern and coherent ensemble, pleasant to the sight and cogitation. The artworks do not need a special rhetoric to catch the eye, they live and sit on picture rails or basements under the sign of naturalness and authenticity.

Dinu Campeanu works in oak, pear tree, elm and acacia wood, discreetly coloured, sometimes gilded, which he combines with bronze, artificial stone and glass; at the time of his training he must have read Luchian's saying, who has not lost its meaning even in postmodernism: "Nature needs not to be imitated or copied, one needs to work its way ...". The respect for never forgotten materials and techniques, to which seriousness, depth, intuition are added, is expressed with long-lasting expressive effects in artworks such as the Braided Wool Rug (narrow wool lane,  woven with strips or adorned with flowers and intended to embellish, especially in the area of Moldavia, benches and walls) in 2013, polychrome wood that has preserved the sway of the textile material, lost its chromatic and ornamental exuberance, gaining a striking  monumentality, and the Huckaback made the same year, of oak and acacia (with colour hints) and stone, seems to bring offering to peasant interiors, the indurate adornment of the canvas.

Another series may comprise the Window House (polychrome wood), offered through the predominant gaps, to the sunlight, which lines it with its rays, the Window (bronze and polychrome wood, in seductive fluency),  saddled  with compact, triangular layers, describing the shape of a gable, the Sky Window (polychrome wood), aerial, designed to shield - the true roof of the world - and the Earth Window, in two independent works, made of bronze and elm, bronze and pear tree respectively; the telluric element is not denied its ascent, but interlarded with obstacles and hindrances hard to ignore.

"The pattern and configuration is inspired from the bee swarm", Conachi says in a different time and context; the term out of the current vocabulary shows the nature of the sculptor's concerns - quest into the archaic for the signs of times - and the perfect geometry of the incarnated hive indicates a type of organization to the configuration of which the hieratic of our medieval sculpture makes its contribution. The exhibition features five works entitled Swarm (four are numbered), the first and last made only of wood, the following in bronze and polychrome wood, made up of a compact element in the shape of cone, tent, helmet, cob, ancient arrowhead, grooved on the surface and elevated on one or several platforms with three or four legs; The works that make up the Fruition series emerge from this archetypal form (in this second exhibition); The first in chronological order, made of wood and artificial stone, preserves the pattern and configuration of the swarms, which became the net, pattern of the model, the broken and destroyed form of confinement to approach the oversized apple with obvious  biblical reference. The other Fruition is an accomplishment of the forms and the attempt to transmute the geometric model into autonomous surfaces and volumes. The beehive pattern changes in ascending motion - the Table (Fruition), to suggest, through overlapping apple rows, the temptations of knowledge and the joys of wisdom.

The artworks Chaining and the Tree of Life, cruciform, refer to mystery, sacrifice, confrontation, and deliverance. The tree branches, ordered, coloured, radial, stop in equilibrium moments, and the trunk's wood has already settled on the ground from which it grows. - Doina Pauleanu PhD, art critic and manager of the Art Museum in Constanta.

Born in the month of Solmonath in 1946, grew up in Josenii secuiesti, or in the foothills of Bucovina, nowadays, after four decades of Bucharest workshop, I can feel sculptor Dinu Campeanu's rural roots that fulfil the growth of shapes. He belongs to the increasingly rare species of creators still absorbed by the becomingness of creation with noble natural materials. There is a formal equilibrium due to wood stylistics. Perhaps, in these artists, the fibber of wreath growth - as fullness, as the kernel of the soundness - is subliminal, especially in decades of maturity. Here is how, in the last four years of the workshop, "The Tree of Life" explicitly becomes a corollary of the families of shapes that the sculptor has planted in over 33 symposia of stone or wood carving.

Painstakingly  thorough, undemonstrative, Dinu Campeanu puts up a harmonious arpeggio of expressive volumes and, along the meridians where he was invited and worked (in the quadrilateral Portugal-Scotland-Macedonia-Lebanon), left a coherent, honest and authentic repertoire, grown from the sculpture table solutions. In 1983, his first personal exhibition came into being at the Simeza Gallery, and now, in kitchen of the Mogosoaia Palace, brings the tribute to Campan's "roots".

Vigorous, yet not monolithic, but played in the rhythm of centripetal modules, inventive on several ranges of archaic talcum forms, Dinu Campeanu harnesses a sinusoidal elegance to solve the principles of material roughing. Recognisable as sculptural symbol, he most often prefers the convexity, the turgescent-shaped fruit and the infructescence-like conglomerate. Grains-bosses, grooves-square lattices, spandrels-nets animate the volumes as after a huge bush hammer treatment. It's a carving attack that creates honeycomb - figuratively and sense-like. As a manifesto of lithic marking, he carved quasi-cylindrical monumental stars, a kind of cob-beehive, in Thuringia / 1997, Styria / 1998, Lusitanian  caldas / 2000 or Pitesti / 2001. In small variants of patin-covered wood, the hives (globular tumuli on three or four-legged basements) gain the ancient name of the swarm. They can represent, by the natural transgressions, the Fruition, the Hamper, the Nest or Boundary Stone. A decade ago, the Reek in Bogati-Arges became a conical masonry, a modular assemblage of quarter trunks for the stove.

Therefore, Dinu Campeanu knows how to instil vibrant expression so that the full of fruition can gain the force of the multiplex gathered axially. And in the diastole of forms, he knows, by contrast, to decompose the composition. The series of Chaining bears witness, vertically articulations, with the cruciform grating, at wide angle flaps against a spur axle treated in cabochons. Then, the "window-lock" becomes an interesting binomial for another family of shapes. There are stars close to the macro-relief, with triangular cut of a corner and gradual recesses of mouldings: the Sky Window and the Earth Window. When conceiving Earth Window  (Dumbrava Sibiului / 1993) or Cubes-Crosses (Oarba de Mures / 1991) alignments, the sculptor does not attack the vectors of space restlessly, but subdues them with the tact and rhythm of recollectedness.

Ultimately, the Eleatic sense of flowing emerges in the artist's structural thinking. The topic of of Life Water on the Tulcea shore / 2002 launches the non-structural composition in reverse curves which, in wood and in stone alike, become the Huckaback, the Braided Wool Rug and the Wave of Remembrance. Unduluous, loose shapes, with ascending grooves and expressive rupture in the facets, call for the colourful patina. The colour eructs violently in the great Tree of Life cross-shrine / 2013. Old-pearly, like in the last shots from the Rubliov film.- Aurelia Mocanu, art critic.

For Dinu Campeanu, the stylistic inclinations head towards a certain type of modern baroque that integrates the shapes of technical objects into a dense image that reminds of the Art of Ancient Woodcarving Sculptors; a stylised commentary, full of poetry and force, of a metaphorical reality ..."

"Dinu Campeanu is an artist who discovers a silent vibration in the wood fibber and communicates it in the concentrated structures of his sculpture. In the tradition of the old wood carving, his artworks (sometimes evoking the ornamental of traditional art and medieval sculpture) have an unusual warmth. - Abstract from "CRONICA PLASTICA" (Dan Grigorescu), "Romania Libera" 1978, 1979.

Dinu Campeanu's approach constantly oscillates, through a vital energy exchange,  between the monumental sculpture and the small-sized sculpture. They are born out of the same stylistic mould - in which the elements of the archaic instrumental, derived from the Byzantine hieratic style and abstract stylisation, are scholarly and eruditely rolled. The tension from which sculpture draws its vitality lies in this regeneration full of monumentality and fineness . - Magda Carneci, "MAC 2000" - Grand Palais 1993.