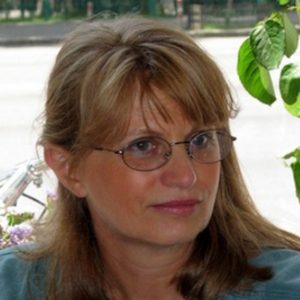 Bowl with a bird


Recently, Cristiana Popescu Russu approached a poetry that is equally attracted to the natural and the geometric side, taking over the suggestions of the vegetal within the more and more combed-out tissues/textures, of the simili-abstract shapes or of the shapes displaying elementary geometry (Misses Birchtree). Artist’s interest to simulate and transpose in fine porcelain other materials – paper, wood, stone – within a more and more minimalist approach (see Between Sky and Earth, Breeze, Dialogue, Shadows) is obvious. The laconicism of the vertical or horizontal shapes, the chromatic economy, often reduced to white or to some black graphic interventions, make us think of a “Nipponese elegance” which impresses by its concision and poignancy. From this point of view, the series of Letters, achieved of white ultrafine porcelain, “stamped” with white characters, hieroglyphs, knots and signs, stands for a fulfilled synthesis of Cristina Popescu Russu’s route: in these refined and apparently useful enigmatical objects – in fact, enjoying a purely visual beauty –, the ceramist shows both the entire skill of her trade, and the cultural subtlety her art has always endeavoured to offer.

Ethereal Limoges or Hutschenreuther porcelain conglomerates envisage the space in a haiku. Organic textures become Breezes, Flights, Marine Fluidities. On rare occasions, porcelain works in tandem with tiles to create telluric consistencies (Archipelago, 2009). What brings the sky closer to earth is represented by the Domes series. Surmounted over the world, they dress the being in Spirit. The dome is lined with positive energies, removing any chtonic traces. It shelters halo like ennoblements, purifying condensations, true conceptual bridges that are claimed from the Platonic Phaidon. Cristina Popescu Russu’s works are kalokagathic universes that dispose the world of ugliness, evilness and ambiguity. Her compositions are compact gestures in organic fluidities. They borrow from nature rhythms, dosages, colour schemes, all of which are seemingly substituting Taoist principles. The whole assembly together with the material contributes to the coagulation of the concept, without twisting its substance. The work’s core is amplified by every intervention to the point where harmony becomes absolute - a savoir faire (Fingerprints, 2004).
Porcelain acts like a living organism, with systoles and diastoles, in the work Seven Dreams (1988). Coronary exuberances of ovoid flashes contour the world’s origin in Genesis. Sometimes, Cristina Popescu Russu’s works are heading towards an experimental field, bringing into focus mail art or ecological messages, transposed into land art.


She was born on September 25, 1951 in Craiova. She is a ceramic visual artist, curator and manager. Between 1971 and 1975 she attended the courses of the Nicolae Grigorescu Institute of Fine Arts in Bucharest, Faculty of Decorative Arts and Design, Ceramics Specialty. In 1976 she attended a postgraduate course specializing in ceramics. In 1975 she made her debut as a visual artist with the name Cristina Popescu Russu. Since 1980 she has been a member of the Visual Artists’ Union of Romania (U.A.P.).

Between 2011 and 2012, she is the current Vice President of the National Alliance of Creators' Unions.

Since 2009 she is a member of the Board of Directors of the Romanian Cultural Institute.

In 2010, she contributed to the reappearance, after almost a decade, of the ARTA magazine, published by the U.A.P., a publication with which she collaborates permanently.

She initiates and coordinates exhibitions of contemporary Romanian and international ceramics.

In 2011 she founded in Bucharest, together with a group of ceramists, Galateea Gallery, the first contemporary ceramics gallery in Romania, the U.A.P. Gallery. She is currently coordinating this gallery. The gallery is part of the international circuit.