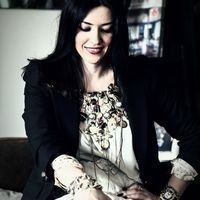 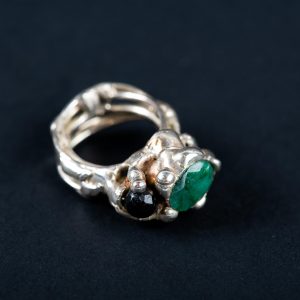 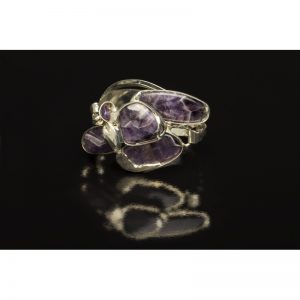 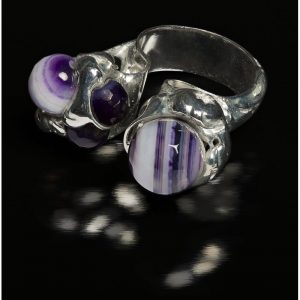 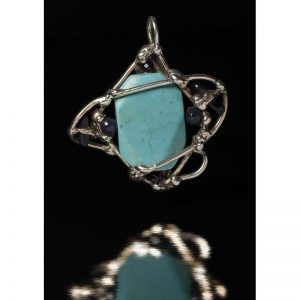 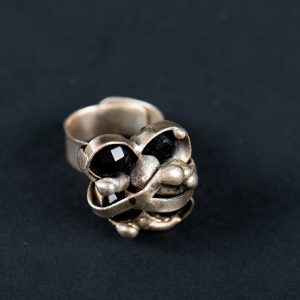 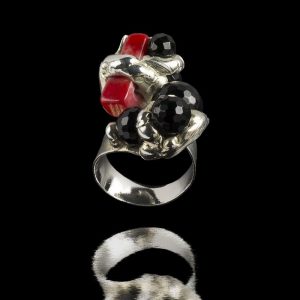 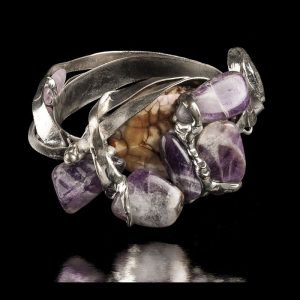 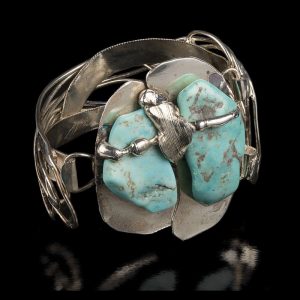 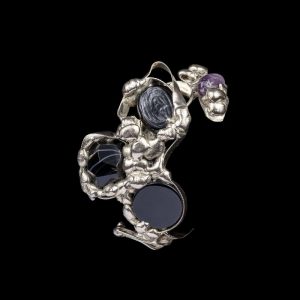 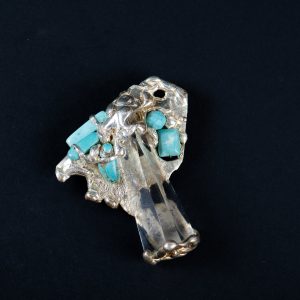 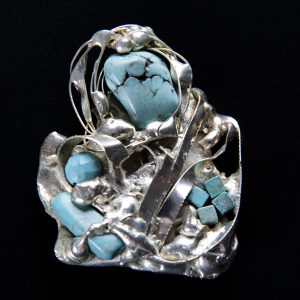 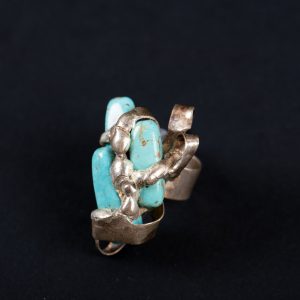 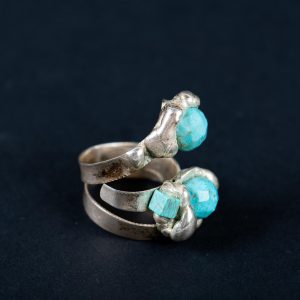 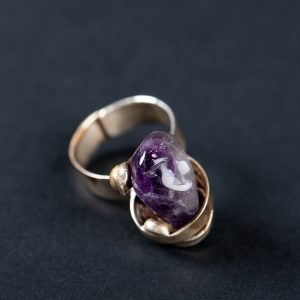 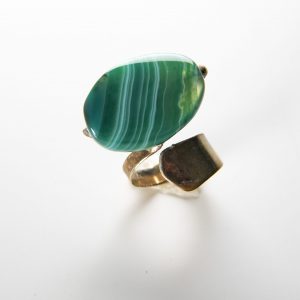 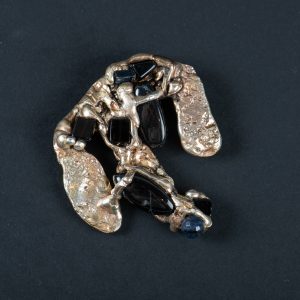 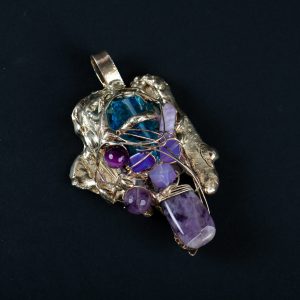 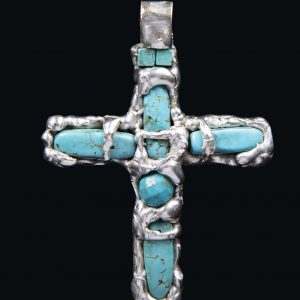 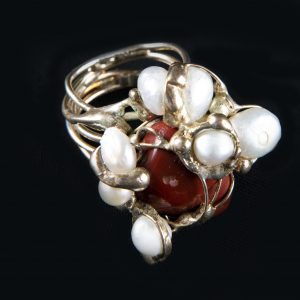 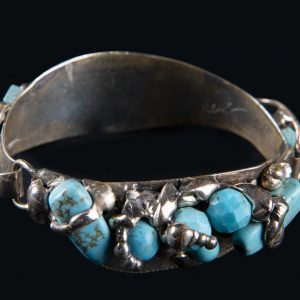 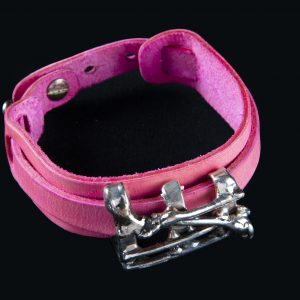 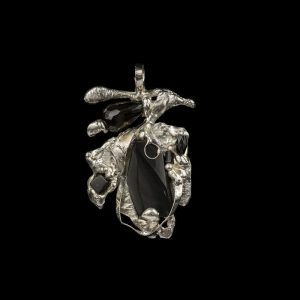 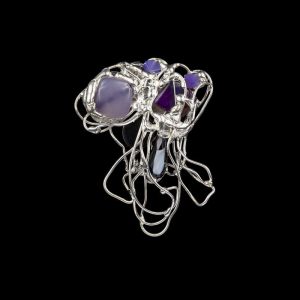 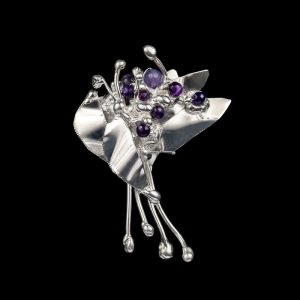 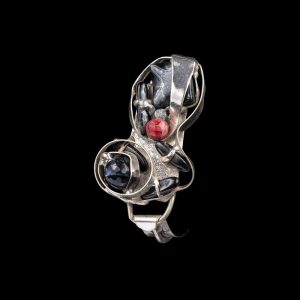 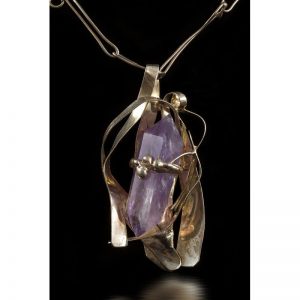 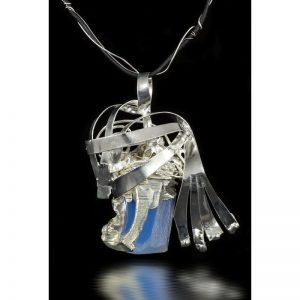 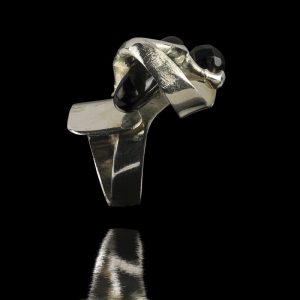 She is a member of the Fine Artists' Union and has participated in numerous national and international Group Exhibitions, jewellery fairs such as "Alina Bancila's Wonderland - SAX with friends", Cluj-Napoca; Ravello Festival, Italy; The Kingdom, Orizont Gallery, Art Biennial; Author; Glass Salon, etc.

She has collaborated over the years with magazines on jewellery, interior design and mural painting: "What's happening, Doctor?", "My House", "Advantages" Magazine, "Vogue Italia", "Monden" Magazine, "RJ" Magazine, etc., as well as the special award in the field of fine arts at the" Successful Women of 2007" Gala, the Fine Artists' Union Award for "Arts of Fire".

In the field of jewellery she is known for Baroque and unique, flamboyant and theatrical creations. Jewellery statement, custom made.

"One cannot wear a painting. One cannot wear a sculpture. But one can wear a jewel of art. For centuries, famous artists, from Picasso, Braque, Ernst, or Salvador Dali, to John Chamberlain or Anish Kapoor, have created jewellery as well, genuine works of art. The art jewellery is a form of expression, both for the artist and for the one who chooses it. It reveals the personality and strengthens it, opens a doorway towards the inward. A pure blood artist, graduate of the National University of Arts in Bucharest, with a series of personal and group exhibitions and many awards, she has works of unprecedented force, rarely encountered in jewellery.
Made of cut, melted  metal, vivid silver drops, crystal and semiprecious stones, her works live intensely, vibrate, speak with imperial air, backed by impetuous modern touches, they step out of the ordinary and, in any case, cannot leave you indifferent". - Ioana Romana Laurentiu


Alina BĂNCILA (born in 1981 in Bucharest, visual artist specialized in glass-metal-jewelry. In 2004 she graduated from the National University of Arts in Bucharest, with a double major: glass and metal. She has been a member of the Visual Artists’ Union since 2004. She received the prize of the Visual Artists’ Union for the Arts of Fire in 2003 and the Prize of the Biennial of the Arts of Fire in 2004. In 2015, at the Ravello Festival, in Italy, she created jewelry offered as a prize to the winners of the George Enescu International Festival.

Member of the Visual Artists’ Union since 2004

Member of “Fondul Plastic” since 2002

Ravello Festival, Italy – jewelry created to be awarded to the winners of the Enescu 2015 festival

Participation in the jewelry "Author 6" exhibition, "The Imaginarium Land of A" Collection - 2011

Participation in the "Pearls for children" charity event - 2011

Participation in the Gl’amore event - Bucharest 2011

Participation in the jewelry exhibition, The Ark, Bucharest 2009

Participation in the "Author 2" jewelry exhibition - the French Institute, Bucharest 2009

Exhibition participation: Young @ Arts exhibits at the Crystal Ball of the Royal House of Romania, in Arad, a charity event organized every year during Christmas – 2007

Participation and organization of the “Container” Exhibition

Scholarship of the Visual Artists’ Union